Roaming in the Internet of Things (IOT), that is to say, this ability to allow an IOT sensor to transmit data on a network other than the one on which it was activated, especially abroad , is seen today as a brake on the deployment of some International IOT projects.
Of the IOT public networks, only M2M (Machine-To-Machine – 3G, 4G) offers roaming. This is one of the reasons for its success. Almost worldwide coverage.

SigFox offers, by nature, “roaming”, since it is in fact one and the same network deployed in many countries. The problem is that SigFox is far from having a global coverage. Relatively good coverage in Western Europe, South America and Australia, but a lack of coverage in several Eastern European countries, a total absence in Russia and most Asian countries, as well as than in Africa.
LoRaWAN, the most widespread LPWAN network technology in the world, does not offer roaming today. The LoRaWAN alliance has released a Roaming specification, but things are moving slowly on the ground.

In which cases is LPWAN Roaming needed? 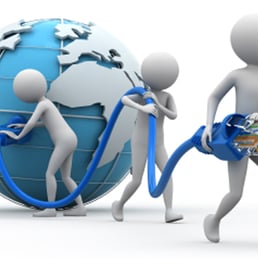 Although many LoRaWAN deployments can be content with local or national coverage, there are still several cases where roaming is highly desirable or even essential. Some examples:

If LoRaWAN Roaming is not offered by national telecom operators, this will undoubtedly be a great opportunity for the development of an MVNO (Mobile Virtual Network Operator) offer, namely virtual operators that will consolidate offers of Local LoRaWAN operators, to offer a global offer, an single invoice and a single interface, based on local operator networks … They already exist for M2M. They will certainly extend their offers to the IOT sphere… If these offers of MVNO IOT do not allow a real Roaming (namely that a device will not be able to communicate on another network), they will offer at least the management of a single commercial relationship, and a unique technical integration.

In addition, one of the characteristics of LoRaWAN networks is the lack of a deployment license. Any business, any citizen, can deploy its own private LoRa network. A multinational that needs to connect its machines or equipment in LoRa, can therefore deploy its own LoRaWAN base stations, create and operate its own network. International network. And thus to propose a unique connectivity for its own needs!

As explained above, SigFox offers a “natural roaming”. For NB-IOT, technology that traditional operators 3G – 4G (licensed operators …) will support, we are at the stage of deployment and technical tests. The first commercial offers will appear soon. Roaming is not yet the priority.

Clearly, Roaming and Global Coverage will probably be one of the main advantages that NB-IOT Operators will put forward, to differentiate themselves from other LPWAN networks (LoRaWAN, SigFox, RPMA …).

But at the moment, we can not say that Roaming LoRa commercial offers are available. In any case no offer for serious coverage, European, or international. The future will tell if the LORAWAN Roaming will emerge, or if the roaming will be focused on NB-IOT, leaving the public LORAWAN offer limited to national deployments, and opening the battle field to a multitude of private LoRaWAN networks … 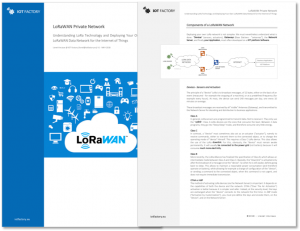 Understand how to build a private LORAWAN Network

Read our free report on LoRaWAN private networks and understand the building blocks and how to build one!

IOT Factory will be present, with a partner, at the Consumer Electronics Show (CES) in Las Vegas, from January 7 to 10, 2020.This will be an opportunity to present a new GPS tracker, intended for Read more…

Managing an IOT project is not easy, by the very nature of the Internet of Things. It is basically a change management project, involving all the components of a company, and requiring the implementation of Read more…

Connect the Landis-Gyr Ultraheat T230 smart meters to the LORAWAN network ! Landis-Gyr is a world leader in energy metering. Landis-Gyr offers a wide range of smart meters for the measurement of electricity, gas and Read more…

How to reach us

Let's meet and discuss your project.

Ask for a Free Demo